The laser in urology

The laser in urology

The first scientific announcement concerning the use of laser in the urologic field goes back to the LVII National Congress of the Italian Society of Urology held in Bari (3rd-6th of October 1984). Doc. Mattioli introduced a video entitled The use of Neodimium laser-YAG in the treatment of vesical tumour. Many kinds of superficial tumours of vesica were treated, in endoscopy, by the use of this kind of laser. At the same time other types of laser sources were introduced, in particular for the treatment of calculosis, a much more common pathology than vesical tumour.

more than 200 patients had been treated for their calculosis with Candela and, later on, with Technomed laser. At the same time, the Alexandrite laser was coming out; and it was much cheaper in spite of its being equally efficacious. In the same year, in collaboration with CNR Firenze (Prof. Pratesi), an Excimer Laser was experimented. These results were presented in a video at 22nd Congress of the Iternational Society of Urology - Sevilla, Spain, 3rd-7th November 1991.

In Milan (24th-27th of June), an International Conference on biomedical laser applications was held (Photodynamic therapy and Biomedical Lasers). Case histories of 450 patients treated with various kinds of laser systems which were present by that time in Italy, were introduced during that congress.

In 1998-1999 the use, in Italy, of the first Holmium Laser (HO-Yag) represented another important stage. That kind of laser allowed, in quick succession: its use for reno-urethral and vesical calculosis, the treatment of vesical tumours, urethral stenosis and, in 2000, the endoscopic enucleation of prostatic adenoma .

Since 2000 the use of Holmium-Yag Laser spreads over, it can be considered the initiator of a modern era because it is still employed in urologic surgery rooms and it was the beginning of the collaboration of Doc. Mattioli and Doc. Picinotti.

II Workshop On Endourology -Frascati 8-10 February 2001: On that occasion Doc. Mattioli showed a demonstrative video about all the urological applications of Coherent Holmium-Yag laser. In the meantime, this meant the end of Neodimium-Yag laser and a decrease in the use of Indigo Intersticial Laser 830 which, ever since 1998, had been used by Doc. Picinotti for the treatment of prostatic hypertrophy, with the side effect of long periods of catherization (7-15 days) and frequent irritative syndroms. 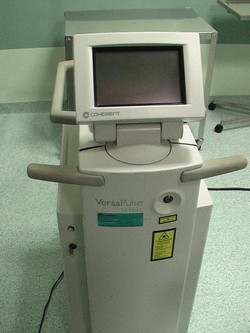 oc. Mattioli shows for the first time another innovative laser, especially for the treatment of prostatic hypertrophy: it was KTP Green-Light Niagara (Corriere Salute 22/10/2002) and, learning the tecnique from his Master, Doc. Picinotti uses it for the second time ever in Italy and today it is still used in some centres in Italy, including ours. 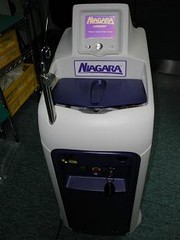 The introduction of Tullio-Revolix laser, in 2004, was another foundamental stage. Once again employed for the first time in Italy by Doc. Mattioli, it combines in one instrument the features of the two previous models, with greater precision and even less side effects (which were, in any way, very scanty). 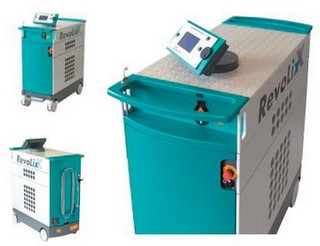 In December 2006, the friendship and professional relation which link Doc. Mattioli and Doc. Picinotti, bring to the birth of the Laser Urology Centre.

The laser currently in use 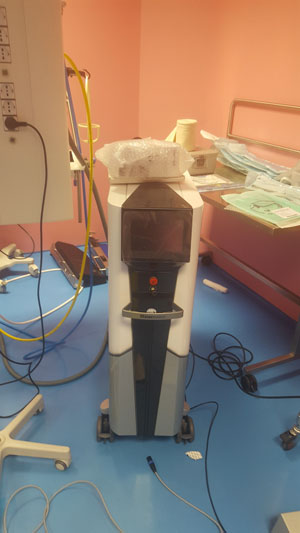